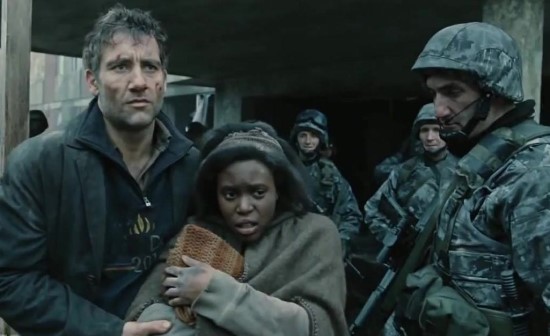 Long takes are imperfect filmmaking. The choreography of cinematography over a scene or an entire film is a dance between the camera, actors, and the audience. Even though it can be viewed as a gimmick, it is a storytelling choice that dramatically alters the final product. When done well, the technique injects unique perspective into a story. In contrast, obvious interruptions stand out to even the most passive viewer. Extended shots are becoming more common due to advancements in camera technology, allowing for three recent films to present stories in dynamic fashion.

Three prominent contemporary instances of long take filmmaking are Children of Men, 1917, and Creed. All achieve varying levels of success in their storytelling goals. In each instance, the long take is the final talking point of stories that depict anarchy, war, and boxing.

Continuing with Children of Men, Philadelphia-area cinematographer Nathan Vitale discuses the cinematography of these movies over a three-part series. Vitale is a cinematographer and camera operator whose work has been used by VICE, Nike, and Budweiser. For more about Vitale, you can visit his website or following him on Instagram (@nathanvitale).

Alfonso Cuarón’s Children of Men is a masterpiece in contemporary cinematography. The tale of a dystopian world that has undergone a wake of infertility, Children of Men zeroes in on Clive Owen’s Theo Faron. Owen’s character has been tasked with escorting a pregnant asylum seeker to safety. Their journey is complicated by dangers posed from government forces and underground groups who want to stop them.

The bleak film is shot with several extended single-shot sequences that bring beauty and passion to an otherwise depressing story. Cuarón, who has twice won an Academy Award for Best Director and captured Oscars for cinematography and film editing, delivers an incredible achievement. As breathtaking as his black-and-white movie Roma is, the action depicted in Children of Men is a next-level style of filmmaking.

One key long take scene in Children of Men depicts a roadside ambush of Faron’s party as they drive down a wooded highway. The sequence required a special camera rig in order to master the extensive action. Another long take shows the small group working their way through a war zone. The breathtaking array of action challenges the most poignant moments of modern war films. Children of Men may not have dominated the box office, but it is very much a cinephile’s distopia worth watching.

Flat Circle: Alfonso Cuarón used several long-take sequences in Children of Men. How does his intermittent use of long-take shooting compare to another “journey film,” 1917, where the entire film is purported to be a single-shot?

Nathan Vitale: In 1917 Deakins is limited by where the last scene ended and where the next one will begin where the use of intermittent long takes allows Cuarón to be more flexible with how he wants to capture each scene and which scenes he thinks lends themselves to a long take.

One of the most prominent long-take scenes in the film is during a roadside ambush. What are some aspects of the sequence that stand out to you?

The camera rigging in this shot is amazing. Like all great visual effects there doesn’t seem to be much going on at a first glance but it took a custom car where they replaced the roof with a camera rig that dropped in from above.

Another long-take scene of note is the street fighting scene that leads up to the film’s finish. What are the challenges of shooting an extended sequence like this, particularly with intertwining different cuts?

Timing is one of the biggest factors to sell a shot like this, all those practical effects need to be triggered safely and on cue in order to maintain the illusion of a chaotic world. When they are combining multiple takes to create the illusion of a long take there is also the added challenger of maintaining continuity which would immediately reveal a cut has been made.

There is an incredible amount of action in this scene and the backdrop is stunning. Are there any smaller details that stand out in this portion of the film that stand out to you?

I think something that gets overlooked in this scene is the camera work. Many of the long takes we’ve seen and talked about have been stabilized in some way to create smooth movement, but for this last epic scene Cuarón has a handheld camera follow our heroes through war-torn streets to salvation.