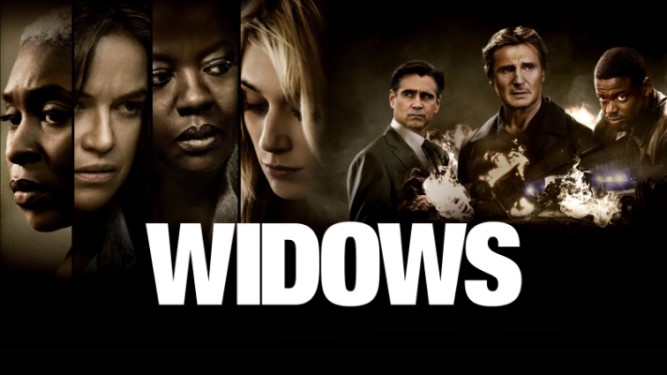 The second month of my quest to watch 100 movies in 2020 brought me to a movie with untapped depth: Steve McQueen’s Widows. The 2018 film incorporates themes of urban poverty, independence, and political corruption into the story of a heist executed by reluctant participants.

On the surface, the story sounds like a dynamic thriller. The film is ultimately hampered by what is not on screen. It is an intrasectional anthology with potent isolated stories. These secondary moments often overshadow the primary plot.

Widows is miscast as a standalone feature. The script by McQueen and Gillian Flynn brings every major story together, but leaves so much on the table. Ultimately there is enough material to be a loaded television show and not a two-hour movie.

Corruption: The young politician entrapped in a cycle of corruption built by his own father was only briefly touched on. Robert Duvall and Colin Farrell’s characters are an entire season of The Wire. Just like the infamous Thomas Carcetti, there is the misleading hope that things could be different with the younger politician. Despite his blatant enjoyment of a yacht and expensive “wallpaper,” the promise of change lingers throughout the story.

This corruption includes Jamal Manning. Running for council as a way to transition to a different kind of crime, Manning’s backstory is almost its own film. The dynamic between the Manning brothers is not unlike the Stringer Bell-Avon Barksdale relationship in The Wire. One sees no reason why they should not keep going on with business as usual. The other knows there is an expiring time limit on their lifestyle and that a transition is necessary to hold onto power.

Urban Decay: Urban poverty is lightly touched on through Cynthia Erivo’s character. A hairdresser, Belle witnesses bribes being passed to a collector at her salon. It is later discovered that kickbacks are a part of the Mulligan organization funding for minority-owned business. This is a minor theme in Widows relative to the overall story, but it is a perfect example of how the film introduced an intriguing concept that it could not devote proper time to.

Independence: There are two aspects of survival in Widows. The first is the danger posed by Jamal Manning’s gang. The second is endurance through independence. This manifests itself in two ways: casting aside machine politics and the heist crew’s control over their destiny.

Members of the heist crew were screwed over by their husbands and are forced to find their own path. This “Little Women of Chicago” device is the driving story for the primary Widows characters. The film resolves this for three of the four women, but the independence of Elizabeth Debicki’s character was never fully clarified.

Heist: The final job itself is the least interesting part of Widows. An atypical part of a heist film, the armed robbery has little buildup. The only aspect of the robbert that was cinematically compelling was time. The job had to be finished ahead of Jamal Manning’s deadline. Little else about the robbery came across as complex or entertaining.

While this may have bloated the movie well beyond its 130-minute running length, it is another example of too many interesting components to one film and not enough time. Widows is a very good movie, but Steve McQueen introduces heavy story lines that he could not invest enough time in. Trimmer story selection or a broader television format might have vaulted Widows to meeting its true potential.