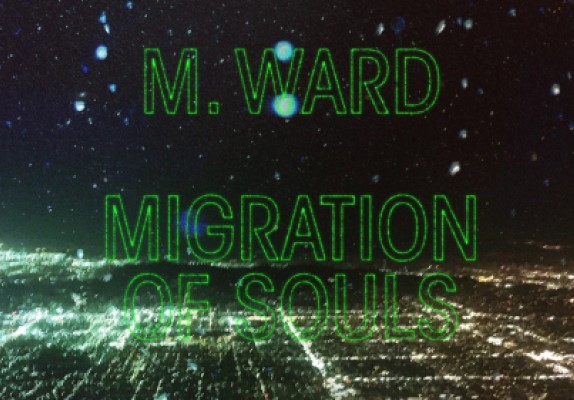 M. Ward’s new album drops a little under two months from now. Migration Stories is the She & Him collaborator’s tenth solo studio record and first since 2018.

The first single for the LP dropped in December. “Migration of Souls” reminds of Iggy Pop’s timeless classic “The Passenger.” Both tracks offer a perpetually relaxing spirit that relay a vagabond lifestyle. M. Ward’s songs features a carefree acoustic guitar that glides along with the singer’s astral lyrics: “sailing on past space and time, that’s how I’ll get back to you.”

The lead track’s acoustic arrangement does not mean that the album is going to be limited to a format of stripped-down ballads. The second single, “Unreal City,” has an uptempo structure with a touch of synth, but continues the dreamy vibe of the lead song. The 11-track record will also feature a cover of the standard “Along The Santa Fe Trail.”

The eclectic nature of the early glimpses at Migration Stories may be due in part to M. Ward’s collaborators on the album. Tim Kingsbury and Richard Reed Parry of Arcade Fire both worked on the record with Ward. The group cut the album in the band’s Canadian recording studio.