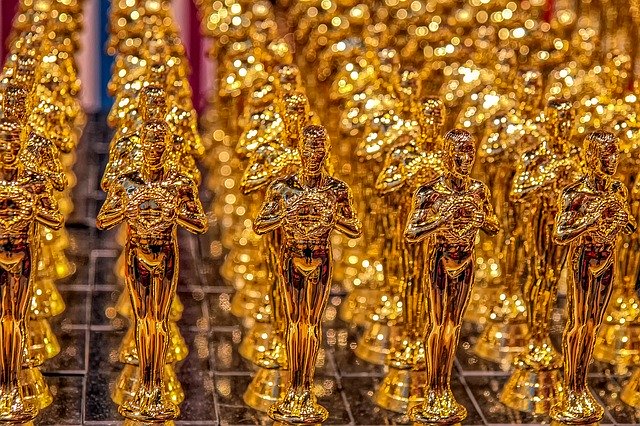 The nominations for the 2020 Academy Awards are in. The most prestigious awards ceremony in cinema is primed to celebrate a year of instant classics. A-listers like Martin Scorsese, Quentin Tarantino, Brad Pitt, and Tom Hanks are up for awards alongside Oscar newcomers like Cynthia Erivo, Florence Pugh, and Bong Joon Ho. Without further ado, here are my predictions for every Oscar category this year:

Major Category Picks At The 2020 Oscars

While Dern had a more dynamic performance as a divorce attorney in Marriage Story, Pugh’s nomination for Supporting Actress is the best shot Little Women has for a top award outside of Adapted Screenplay. It would be surprising to see the critical darling shut out of the Oscars.

Scarlett Johansson’s nod for Supporting Actress in JoJo Rabbit is an anomaly because she was also nominated for a leading role in Marriage Story. There have been two acting nominees in the same year 12 times, but the dual nominee has only taken the prize for a supporting role once since 1944. The last occurrence was Jessica Lange for her turn in Tootsie (1982).

Brad Pitt is the logical leader in the most star-studded category at the 2020 Oscars. His role as stuntman Cliff Booth in Quentin Tarantino’s Once Upon A Time… In Hollywood placed him in some of the most memorable scenes of the year. His performance during the sequence on Spahn Ranch would normally be enough to vault anyone to the top of the list, but this is not an ordinary group.

Pitt’s fellow nominees are Tom Hanks, Joe Pesci, Al Pacino, and Anthony Hopkins. The group is not only A-list, but historic. SBD’s 2020 Oscar odds lists Pitt as a -1400 favorite. Joe Pesci is the clear second and is in position to score an upset for his understated performance in The Irishman.

There are three nominees in the Best Actress category for playing non-fictional characters. Just one year after Lady Gaga was nominated for reprising Judy Garland’s role in A Star Is Born, Renee Zellweger’s portrayal of the Golden Age icon is the current favorite for Best Actress.

She is joined in the category by Cynthia Erivo and Charlize Theron, who played Harriett Tubman and Megyn Kelly respectively. Scarlett Johansen and Saroirse Ronan also received nominations for fictional characters.

None of the three non-fiction films dominated the box office, but it never hurts to bank on an actor playing a legendary actor or singer. They are the type of performances that resonate and a successful turn as Judy Garland requires points for both skill sets.

After Zellweger, the field is relatively even and does not bode well for an upset. She previously won the same award for her 2003 performance in Cold Mountain.

This is most predictable major category of the 2020 Oscars. Joaquin Phoenix delivered the heavily-discussed acting performance of the year as the legendary Joker. He currently leads SBD’s field at -1200.

If Phoenix wins, it will be the second time that different actors won an Oscar for the same character in different films. Marlon Brando and Robert De Niro both won for their roles as Vito Corleone in the Godfather trilogy. An Academy Award would link Phoenix with Heath Ledger’s Dark Knight Joker.

Last year’s Oscars serve as a cautionary tale for anyone looking to hedge their bets on one category. Christian Bale and Bradley Cooper delivered career performances in VICE and A Star As Born, yet lost to Rami Malek’s turn as Freddie Mercury. The actor who could spring the upset is most likely to be Adam Driver (Marriage Story), but the award is Phoenix’s to lose.

1917 is a brilliant film and an immense technical achievement. Sam Mendes has appropriately become a favorite to win Best Director. If I had an Oscar ballot, he would have received my vote for Best Director. 1917 is one of the most immersive cinematic experiences I have witnessed in a theater.

1917’s cinematographer Roger Deakins will likely win his second Oscar for the film’s brilliant photography. Many critics have dismissed the single-shot dynamic of 1917 as a gimmick. While harsh, the sentiment may pull enough votes away from Mendes to create a level playing field.

Quentin Tarantino (Once Upon A Time… in Hollywood) and Bong Joo Ho (Parasite) are both strong possibilities to win Best Director. Tarantino’s L.A. Manson fantasy is the strongest contender.

The Oscars have a long history of awarding Best Director to a filmmaker who heavily incorporates show business into their story. The Shape Of Water, La La Land, and The Artist all resulted in Best Director awards in the 2010s. It is a strong possibility that trend continues at the 92nd Academy Awards with Quentin Tarantino.

The best cinematic experience of 2019 is 1917. No film was built for theaters as well as the World War I epic. Recent and long-term history suggest an upset. Despite their popularity in the box office and as Best Picture nominees, only one war film (the Hurt Locker) has won the award since Braveheart in 1996.

Dunkirk (2017) was also a cinephile’s war movie that relied on time, anxiety, and wonderful filmmaking. Christopher Nolan’s film lost to The Shape of Water despite winning three technical categories. The same fate could befall 1917, but which nominee poses the biggest threat?

Until 1917 debuted, the heavyweight contenders for Best Picture were Once Upon A Time… In Hollywood and Parasite. Both combined artistry and entertainment as well as any movie of the year, but there is a clear historical precedent for only one of the films.

If Parasite wins Best Picture, it would be the first foreign-language film to do so. 11 have been nominated for the top honor. Roma was considered at last year’s ceremony, but ultimately fell to Green Book.

Like Best Director, the biggest challenge to 1917 is Once Upon A Time… In Hollywood. The fairy tale is led by a powerhouse combination of Quentin Tarantino, Brad Pitt, Leonardo DiCaprio, Margot Robbie, the film industry, and Hollywood’s most notorious crime. Despite SBD ranking the movie third in its Oscar odds, it is the historical favorite among the top three.