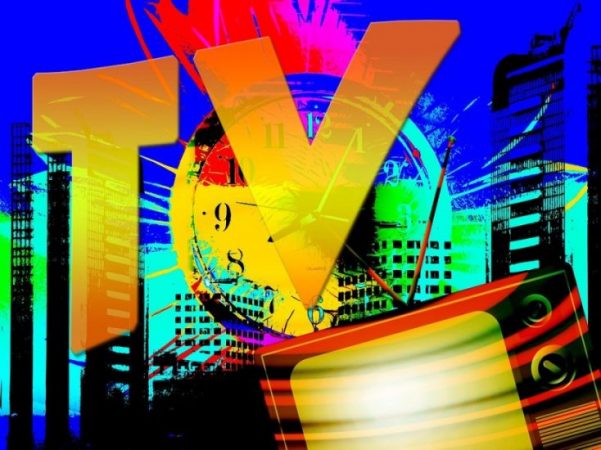 Television had its share of iconic scenes in 2018. The Americans concluded with an epic finale, The Bodyguard began and ended with explosive drama, and Super Bowl LII was one for the history books. Here are the ten most memorable television moments of 2018:

Warning: this post contains spoilers about Better Call Saul and The Bodyguard.

Better Call Saul –  Vince Gilligan’s  beautifully-shot slow burn delivered its most rewarding moment to date. The gray area that is Jimmy McGill took a hard turn in the season four finale. The criminal lawyer utters the name “Saul Goodman” after the reinstatement of his law license. The closing shots of the season indicated that the spin-off is finally coming full circle to Breaking Bad.

Barry – The HBO show’s dark comedy revealed its potential in the first episode. Assassin-turned-actor Barry Berkman confesses his murderous past in a monologue to his acting teacher, who is too obtuse to understand that the speech is not an act. The scene is not made by Bill Hader’s assassin, but by Henry Winkler. The obliviousness of Winkler’s Gene Cousineau is the crowning moment of the series, allowing the actor to capture an Emmy.

Insecure – No group of TV protagonists creates their own troubles as well as Molly and Issa. Whether it was substances or romance, the crew’s Coachella debacle was a hilarious episode that exposed the insecurities of each character as well as any other segment of the show.

My Next Guest Needs No Introduction – David Letterman produced thousands of segments over his brilliant late night career, but his Netflix debut ranks with his best bits despite the lack of variety show shtick. The episode included Letterman’s admissions of his lack of social awareness, an interview with Barack Obama and a walk through Selma, Alabama with Congressman John Lewis.

Game Three of the 2018 World Series – The third game of the World Series may not have been packed with action. It was the longest in the history of the Fall Classic. Max Muncy ended the five-hour, 41-minute contest with a walk-off home run in the eighteenth inning. The game was a testament to Fox Sports, who kept the affair entertaining even after the clock went past midnight on the West Coast.

The Good Place – Michael Schur continues to redefine how network comedy is done. The afterlife series reached new heights this year in the episode “Janet(s).” Darcy Carden (the show’s artificially intelligent entity) portrayed every actor of the show’s human cast in perfect mimicry. The episode should push Carden towards an Emmy for Best Supporting Actress in a Comedy Series.

The Bodyguard First Episode – The debut episode of The Bodyguard will suck you into the best binge watch of 2018. Richard Madden (Game of Thrones) spends the first scenes of the Netflix/BBC series trying to diffuse a suicide bomber on a train. I did not blink for the entire first episode of this highly-recommended U.K. cop drama.

The Bodyguard Finale – The finale of The Bodyguard is even more thrilling. Madden’s character winds up with a suicide bomb strapped to his own chest. The brilliantly written twist follows Madden as he walks through London, trying to solve a mystery and survive to see another day.

The Americans – The Bodyguard was short season drama at its finest. The last show of The Americans capped six seasons of espionage and murder with an artfully-constructed episode that ranks with the best television finales ever.

The Americans captured their spot in small screen history during an extended segment backed by U2’s “With or Without You.” For a series that used music as well any other, it was a masterstroke by creator Joe Weisberg. The episode had the feel of The Sopranos iconic finale, leaving a brilliant open end and resolving several key stories in satisfactory fashion.

Super Bowl LII – The first Super Bowl title in Eagles history was also an entertaining game. Any Philly fan would have taken a blowout, but the 41-33 shootout was one of the most memorable Super Bowl contests ever. The highlight was “Philly Special,” a touchdown pass from Tight End Trey Burton to Quarterback Nick Foles. The moment was immortalized in a bronze statue, countless online recreations, and this half-hour feature from NFL Films:

3 thoughts on “The Ten Most Memorable Television Moments Of 2018”