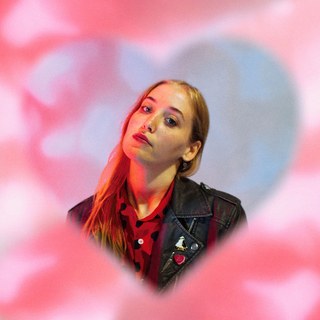 It only takes a couple of notes to know what Harriette Pilbeam is all about. The Australian singer Hatchie has mastered the buoyant layers that make dream pop so enjoyable. Even though she has only dropped a half-dozen songs, the musician’s breakout EP Sugar & Spice has marked her as an indie artist to watch in 2019.

Hatchie is the nickname of the 25-year-old Pilbeam. Prior to her solo career, she spent time with Babaganoüj and Go Violets.

The singer detailed the rapid popularity of her first song on Australia’s Triple J radio in an interview with WXPN’s World Café. The single, “Try,” is immensely catchy and one of my favorite discoveries of 2018. The combination of upbeat music and wistful lyrics sound like the montage in every Nineties California teen movie.

Hatchie’s spin on a familiar style allows her be in the company of several impressive indie artists from Australia. Over the last few years The Paper Kites, Tash Sultana, Courtney Barnett, and Holy Holy have produced incredible indie music.

“Try” is one of five songs on Hatchie’s debut EP. Released in May 2018, Sugar & Spice continues the dreamy music of that initial single. Each song has the same bubbly tone of “Try.” Her one-woman style of layered harmonies may not have much variance yet, but Hatchie has a grasp of how to craft pop songs.

An indication that there is some growth in her repertoire comes in the single “Adored.” Released in October, the more explosive “Adored” is an indicator of strong work in the future. With a strong collection already under her belt, Hatchie is a new album away from being an indie darling of 2019.

Hatchie is currently on an international tour that includes dates with Kylie Minogue and The Vaccines. The tour includes a stop at Philadelphia’s Underground Arts with Girlpool on April 26.

Music Monday is a recurring series on music finds, selections from my personal collection, and music news. Subscribe to the Flat Circle to read every Music Monday post.