My third Christmas shopping guide looks at some of the top music box sets available in 2018. I previously looked at Black Friday’s Record Store Day and the best new indie records. This post features deluxe albums that I have passed on for different reasons, although they remain enticing. Treasures from my personal collection are also evaluated. Not only are there indie and Classic Rock box sets, but also new and used ideas that have value for fans on different budgets.

Motown: The Complete Number No. 1’s

This is among my favorite music box sets to show off. The decorative 10-CD collection comes in a small package shaped like the famous Motown House. A collection of every chart-topper from Barry Gordy’s record company is inside the building. Songs from Marvin Gaye, Stevie Wonder, and Boyz II Men are included.

Hunting down The Complete Number No. 1’s in new condition may be tough, but this is the perfect gift for anyone who likes old school R&B.

There are a couple of comprehensive Pink Floyd box sets. Unfortunately, they are also super-expensive. A trio of collections from the band’s early period promise good value for down-to-earth budgets.

Reverber/ation, Devi/ation, and Obfusc/ation are cost-friendly options. The three currently total under $120 as a bundle on Amazon. My personal preference lies with the four-disc Obfusc/ation. The under-$40 assortment has work from Obscured By Clouds and remixes of Pink Floyd’s Live At Pompeii.

Because I have a large percentage of Beatles records already, I passed on this set. It still stands as a great gift for Beatles fans. Every Fab Four album is available in stereo quality as a 16-CD or pricey 16-LP vinyl set.

There is a 14-LP mono compilation as well, but the band’s later work would be wasted in the lesser format.

I do have a Beatles singles Record Store Day Black Friday release. The package contains four 7” singles and an Apple Records adapter. The set is closer to being eye candy than a practical listening gift. I would defer on this in favor of a more comprehensive collection.

Florence + the Machine: High As Hope

At $80-$110, the price of Florence + the Machine’s box set is expensive for the amount of music in the package. There are supplemental materials that die hard fans may enjoy. 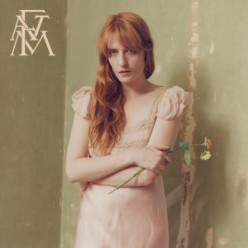 Two High As Hope 12” picture discs, tarot cards, and a 64-page book of photographs are included. Given Florence Welch’s keen visual sense, the book is likely worth a look. This indie set ships just a few days before Christmas, making an intriguing last minute idea.

Hall & Oates: Do What You Want, Be What You Are

This is the definitive collection of Hall & Oates music. A group known more for their singles than their albums, the four-CD box set contains 74 songs. There is also a booklet with contributions from artists like Rick Nielsen and Carly Simon.

Do What You Want, Be What You Are has been the easiest way for me to indulge in the immense discography of Hall & Oates. Not only are hits like “Maneater” in the collection, but lesser-known pieces like “Perkiomen” and “It’s Uncanny.”

Of course, Elton John is going to have one of the most dazzling music box sets on the market. The comprehensive Diamonds is an affordable alternative that many of his Classic Rock contemporaries do not offer.

Released in 2017, Diamonds has packages for any budget. The most comprehensive set has 34 songs and is priced around $30. In addition to a bundle of singles, there are collaborations with artists like Stevie Wonder and Luciano Pavarotti.

The xx: I See You

It is tough to find good new indie music box sets. The $35 price for this xx album is a bargain. The I See You deluxe compilation has music for different listening devices: 180-gram vinyl LP, a 12” with three bonus tracks, a CD of the album, and a live demo of “Brave For You.” Three prints from Alasdair McLellan are included.

I have not listened to this collection (yet). Earlier this year, I found a nugget in rarities from The xx’s debut album. I am willing to bet there are quality leftovers from the band’s third record as well.

Tom Petty and the Heartbreakers: Playback

This is not the only Tom Petty-related collection I have. The 1995 box set remains a wonderful find with lasting value. Instead of the typical package that is bloated with old stuff, three of the six CDs in Playback contain rarities.

The first group of discs cuts off before the Wildflowers album. The other CDs have leftovers and live cuts from the Heartbreakers and Mudcrutch. Some of the best songs are “Waiting For Tonight” (with The Bangles) and a pair of Elvis covers.

Another great Heartbreakers set is Live Anthology. This is available in different formats. Not only is there an affordable four-CD collection, but a gorgeous vinyl package.

I have not purchased this (yet), but 2018’s American Treasure looks like a great gift for Petty fans this Christmas. The posthumous set is in vinyl and CD packages for a range of budgets. Put together by Petty’s family and the Heartbreakers, American Treasure contains 60 songs from the band’s storied career.

Disclosure: this post contains affiliate links for each of the music box sets. All posts on The Flat Circle are objective reviews regardless of a relationship with an affiliate.