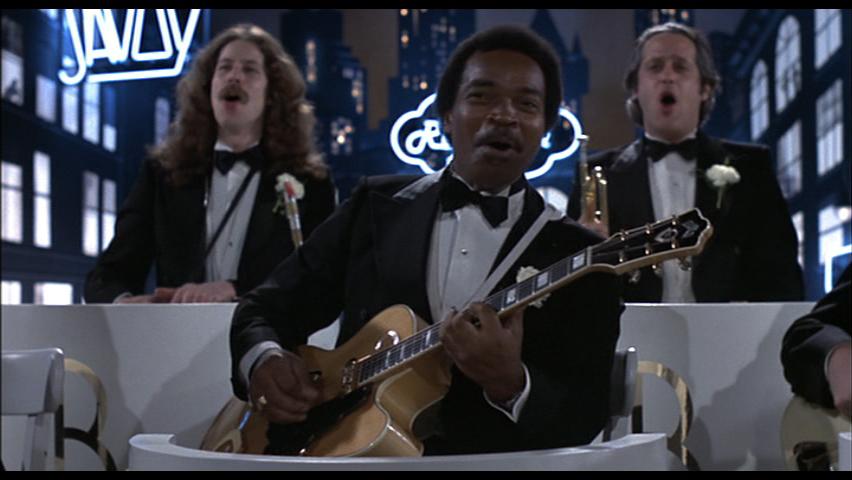 Blues sideman Matt “Guitar” Murphy passed away on Friday. He played with Howlin’ Wolf, Etta James, Memphis Slim, Ike Turner, and a slew of other incredible musicians during his well-traveled career. Murphy’s most famous gig was as Jake and Elwood’s guitar player in the 1980 movie The Blues Brothers.

In 1978 Dan Aykroyd and John Belushi discovered Murphy in a New York City club. His first album with the Saturday Night Live duo was the live LP Briefcase Full Of Blues.

In addition to its timeless comedy, The Blues Brothers is responsible for my introduction to rhythm & blues music at a young age. The Blues Brothers was a frequent part of my Dad’s movie rotation. A lot of the songs in the film were also played on a cassette tape in his car.

Thanks to The Blues Brothers, I know the difference between Country and Western. I got a sample of Aretha Franklin, Cab Calloway, John Lee Hooker, James Brown, and Ray Charles. I also know that amazing saxophone and guitar talent can be lurking in a soul food restaurant.

Murphy and the other Blues Brothers sidemen were great musicians. Their abilities not only came out in the movie, but also in the band’s half-dozen live and studio albums. Briefcase Full Of Blues is highly-recommended listening.

My favorite song from The Blues Brothers is “My Sweet Home Chicago.” Murphy opens up the Robert Johnson cover with a great lick:

Music Monday is a weekly series from the Flat Circle. Every Monday the Flat Circle will feature a new song, deep cut, or live track from my personal collection or travels on the Internet. The complete series can be found under the “Music” tab at the top of the page. For last week’s post on Anthony Bourdain and Josh Homme’s click here.