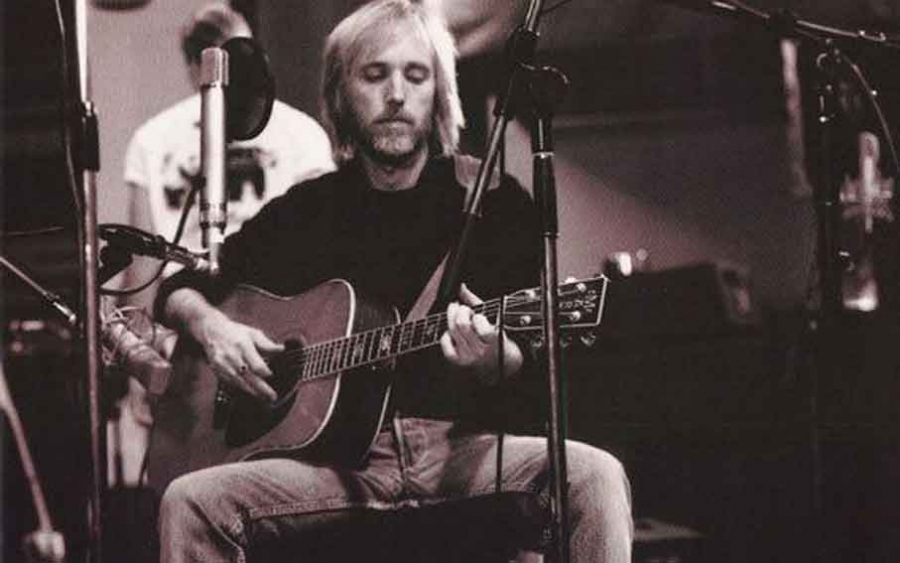 Art allows life to be exceptional. The artists who deliver the music, performances, and words that illuminate our lives also create an extraordinary connection between themselves and their audience. Even if you never meet them, an artist can feel like a friend because they were there on the lonely nights and during the good times that only the closest members of your inner circle were present for. For me, Tom Petty was the artist who made music that spoke to me and inspired me. For an uncounted number of moments, he was there for people as they drove to work, danced at a wedding, flipped across a radio dial, or sat in a bar swirling the remnants of a glass of bourbon. His work maintained a consistent quality that entered the lives of millions of fans. It was the purest balance between commercial popularity and artistic credibility.

I was fortunate to enjoy a complete range of experiences seeing Tom Petty. In addition to being a frequent presence in my headphones, I saw him with friends and strangers, went on a road trip, and recently had the chance to binge a concert tour that satiated my bucket list desire to watch a Heartbreakers tour unfold. Yes, he was not the most dynamic performer, but if you ever closed your eyes in the middle of a show you could hear thousands of people sing along to every word of a chorus. The listening experience was rock ‘n roll ecstasy at its zenith.
I cannot name just one aspect of Tom Petty’s work that created such a devoted bond, because there is so much to celebrate. He valued quality over quantity and mastered longevity as well as any artist in his age group. Outside of Bruce Springsteen or Paul McCartney, one would be hard-pressed to find a rock artist who debuted in the 1960s or 1970s that still attracted a millennial following in 2017. He maintained a perpetual cool that transcended generations, but it was the songs that brought the retired plumber and twentysomething tech worker to a Tom Petty show.
He could paint a picture with words and music better than anyone. In those songs he created relatable characters and situations. He also sang about women in a unique way that eludes most male songwriters. The Good Girl. The American Girl. The Indiana Girl. The Free Girl. The longing boyfriend in “Here Comes My Girl” and the teenager chucking rocks into the water in “Even The Losers” are all characters in music that are as much a part of Americana as Gershwin and Elvis.
The people who Petty surrounded himself with were indicative of the magnitude of the man. He didn’t merely align himself with flashy stars, but with the very best of rock ‘n roll. Stevie Nicks, Johnny Cash, Bob Dylan, Ringo Starr, George Harrison, Jeff Lynne, Roy Orbison, and Dave Grohl are just a few of the musicians who played with him. Additionally, Johnny Depp, Faye Dunaway, Luke Wilson, Kim Basinger, and Anthony Hopkins all starred in Petty videos that cemented the Heartbreakers’ dual legacy as groundbreaking visual artists.
The legacy of his principle band reflected his own drive. The Heartbreakers are all virtuoso musicians, but consistently played with checked egos in order to serve the beauty of the songs. Petty also consistently kept his fans in mind. He battled a record company to keep album prices down and typically kept his work reasonably priced. His openers usually included exciting musicians like Buddy Guy, Joe Walsh, Chuck Berry, ZZ Top, and Steve Winwood. The consistency of Petty’s albums (the Heartbreakers’ last record Hypnotic Eye hit number one in 2014) and the delivery of a great concert helped strengthen the relationship between the artist and the audience. They delivered great music for forty years. The sudden absence of the Heartbreakers makes American music feel a little less magical.
For the first time in my life I feel a vacancy that cannot be explained. The songs remain, but their creator is no longer around to play them. This is a chapter in my life that I did not anticipate closing. Hearing the music today without the artist is a loss. When Petty and the Heartbreakers plugged in the sound brought me unmatched joy and comfort. His song “Walls” may best describe the void. “Some things are over. Some things go on. Part of me you carry. Part of me is gone.”
I would feel remiss without including my favorite song, “Swingin.” An underrated classic from a master songwriter:

16 thoughts on “Thoughts On Tom Petty”