This post contains spoilers for the Game of Thrones episode “Stormborn.” 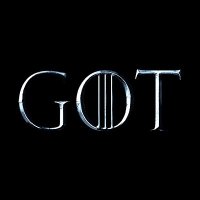 “Stormborn,” the second episode of Season Seven of Game of Thrones looked like it was on track to accelerate many of the ongoing storylines from the season’s first episode. And then Game of Thrones did what Game of Thrones does: derail predictable stories in swift and dramatic fashion.
After a powerful scene when Daenerys Targaryen confronts the Spider’s past, key characters came closer to uniting some long-awaited stories. Jon Snow is headed South to meet up with Daenerys in order to obtain quantities of  Dragonglass to fight the Night King. Of all the various factors involved in the quest for the Iron Throne and the battle north of the Wall, this potential union is likely the first big step toward the alliance that could define Game of Thrones.
One of the more positive scenes featured Arya Stark. In the first episode of the season she indicated her intent to the kill Cersei Lannister. After finding out that Jon is in control of Winterfell, Arya decided to head north and it now appears that we are finally getting closer to the largest Stark family reunion since season one. Another interesting moment was Jaime Lannister’s offer of a prominent position in the Lannister army to Randyll Tarly. If Tarly accepts Jaime’s offer, that will set him against his son Sam as they work for opposing factions.
All other scenes in the episode feel secondary to the essential destruction of House Martell’s power and Yara Grejoy’s fleet at the hands of Euron Greyjoy. Aspects of the battle felt too chaotic and at times as if they were pulled from deleted Pirates of the Caribbean video extras, but the end result was stunning. Without Yara Greyjoy, Daenerys Targaryen’s plan to conquer Westeros is now altered. The naval battle also left the future of Theon Greyjoy in doubt since he abandoned his sister after she was captured by Euron.
Euron Greyjoy has always been a little goofy, but this was too much. The legacy of “Stormborn” will be its closing scene and it is a shame that Game of Thrones did not execute this battle sequence as well as it has in the past. Episodes like “Battle of the Bastards” and “Hardhome” are examples of high quality production. This battle scene felt campy as a laughing Euron lands onto Yara’s ship aboard an ornate ladder. The sudden nature of the battle felt rushed and underdeveloped. As a result, “Stormborn” lacked the dramatic edge it could have enjoyed had these scenes been filmed differently.

One thought on “Game Night: A First Reaction To Game of Throne’s “Stormborn””