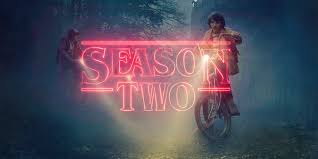 Netflix released the trailer for Season Two of Stranger Things at the San Diego Comic-Con on July 22. The first glimpse of the returning retro-horror series was exciting and erased prior doubts that Netflix could manage to recreate the show’s outstanding first season with a similar level of success.
Season One of Stranger Things was such binge-watching perfection that I was leery about the prospects of a second season. The initial series was one of the great shows of 2016, but I was concerned that Stranger Things would not be able to replicate its adrenaline-rousing success. The opportunity for the perfect one-off horror series was there for Netflix, but this seemed like an instance where more did not necessarily mean better.
After viewing the new trailer, I have been converted from a skeptic to a believer because Season Two of Stranger Things looks as if it may be something extra special.
The trailer is a masterpiece in itself. It returns the audience to Hawkins, Indiana and follows the children as they play in a video game arcade before the excitement goes into hyperdrive. After music slowly creeps into the video, Vincent Price’s famous spoken word monologue from Michael Jackson’s “Thriller” enters the trailer and a remix of the famous song comes into play as the action reaches a crescendo. Whatever Netflix paid to the Jackson estate to use “Thriller” was worth every penny.
One of the strongest attributes of the first run of Stranger Things was the detail throughout every aspect of the set. The production crew did a wonderful job of making the audience feel like they were in the ’80s without going overboard. The well-placed minutia of Stranger Things appears to be intact. A Reagan-Bush ’84 sign is planted on a lawn, the kids are playing in a video game arcade, and the wonderful fashion and decor of the decade remains in place. 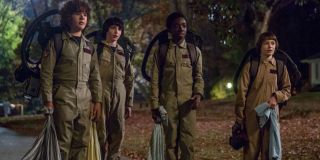 The added setting of Halloween may be the genius stroke of this edition of Stranger Things. Because the series returns on October 27, it may help immerse the audience into the show even more as trick-or-treaters knock on their own doors. The most entertaining addition to Stranger Thingsmay be that the kids are wearing Ghostbusters costumes. Can you have a more perfect wardrobe choice for a retro horror series than the main characters wearing Ghostbusters gear as they chase a spooky paranormal phenomenon?
The trailer does more than just drop the audience into another decade. The look of fear on Winona Ryder’s face and the terror in the eyes of the children as they tangle with their new challenge promotes the same feelings of anxiety. The goosebumps and excitement of Stranger Things are back.
Check out the Stranger Things trailer: