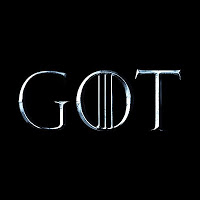 Warning: This post contains spoilers regarding Game of Thrones
Sunday night’s Season Seven debut episode of Game of Thrones was a loaded hour packed with several key scenes. The series depicted some long-awaited vengeance and established multiple stories for the season ahead. One of the most discussed performances from the episode “Dragonstone” came from an unlikely source: British pop star Ed Sheeran.
The 26-year-old musician briefly appeared midway through the episode. The scene began as Arya Stark rode through a forest and encountered a group of soldiers from the Lannister army. Sheeran’s voice was heard through the trees as he ate with the Lannister men. Arya paused her trek to share their food by the campfire. As they chatted Arya mentioned her intention to kill the Queen, Cersei Lannister. Because the Lannister men had no concept of her skills as an assassin, they laughed at her comments and the scene faded away.
The likely point of the moment was to show off Ed Sheeran, but the scene also served a more important purpose: to allow Arya to throw down a pretty bold declaration in front of the Queen’s own men and allow the audience to know her next journey. The scene also humanized the Lannister men, who discussed the dismal people of King’s Landing and featured a rare man of Westoros to praise the virtues of having a daughter.
But for a show that gives air time to rape, incest, child murder, and the most gratuitous sex and violence on television, Sheeran’s cameo became something of an online lightning rod. While the Internet thrives off making the trivial controversial, this was an example of making something out of nothing. Sheeran likely will not win an award for his dramatic acting, but his performance was ultimately harmless. The moment probably sped up the on-screen time of Arya’s journey to King’s Landing and showed that Arya meant serious business as she travels.
Arya has been through a lot during the seven seasons of Game of Thrones. She witnessed her father being executed, lost two brothers, her mother, and her pet dire wolf. The younger Stark daughter has also been blinded, stabbed, captured, and beaten. Sharing a rabbit by a campfire with Ed Sheeran was probably the nicest thing that anyone had done for Arya since Jon Snow gave her the custom-made sword, Needle.
Any arguments that Sheeran’s appearance was a too-ridiculous part of the episode have clearly forgotten that the show’s major plot points revolve around dragons, zombies, and giants. It was a fun and light-hearted moment for a show that is relatively devoid of those scenes. For the spoiler-inclined viewers, Sheeran’s song “Hands of Gold” also held a possible deeper meaning to the fans who had read George R.R. Martin’s Game of Thrones books. If Sheeran’s cameo does allude to the eventual outcome of the fate of a character, one could even rate this scene as a brilliant foreshadowing moment from the creators. The scene was also likely a thrill for Maisie Williams, the actress playing Arya.
Sheeran was not the only musician to appear on “Dragonstone.” Mastodon drummer Brann Dailor was observed as a White Walker. Musicians from Snow Patrol, Coldplay, and Sigur Rós have also acted on Game of Thrones.
Ed Sheeran’s Game of Thrones scene: