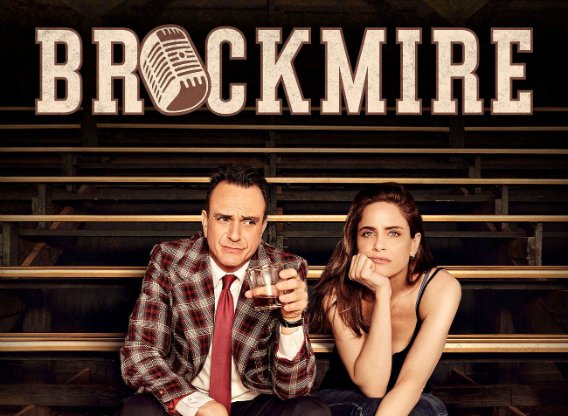 Baseball and comedy have a long and irreverent relationship. Major League, Bull Durham, and The Bad News Bears all laugh at the game and the people surrounding it. IFC’s unconventional and crude baseball TV series Brockmire is a new and hilarious sports comedy. The edgy show has a familiar vibe as the audience follows a cantankerous cast with off-the-wall personal problems. The show that is also reminiscent of one of the premiere sports films ever made.

Brockmire begins as play-by-play man Jim Brockmire has an epic meltdown in the broadcast booth while calling a game in Kansas City. The series leaps forward ten years as Brockmire finds himself in a rural Pennsylvania town that has seen better days. He has become a globetrotting and downtrodden alcoholic who is oblivious to the world’s perception of him. Brockmire, who is oblivious to what a viral video is, finds that his on-air mishaps became one of the first viral sensations and has made him a pathetic figure.

Upon arriving in the PA town, he finds that he was brought in to serve as the public address announcer for the Morristown Frackers by the team’s owner, Jules James. James, who is played by Amanda Peet, took out a risky business loan and is banking on Brockmire to be the viral attraction who helps resuscitate her town’s interest in baseball.

Hank Azaria is brilliant as the acerbic Brockmire. Through “pontifi-drinking,” his character finds enjoyment in his return to baseball through the multitude of oddities surrounding the team. The Frackers have everything you need in a baseball comedy, including a Japanese player with a one-man media contingent (Daisuke Tsuji) and an aging Hispanic player (Hemky Madera) who plays the game with an enjoyable flair. Brockmire not only makes fun of the characters on the team, but mocks the game itself. In an era where pace of play and a culture of throwing at players are a constant source of debate, the show does not seem to mind making fun of the game it is built around.

As the first season progresses Brockmire becomes reminiscent of the hockey movie Slapshot. Like the 1977 comedy starring Paul Newman, the show also focuses on a cast of misfits who are playing minor league sports in a declining town that resort to cheap stunts to boost attendance. Jim Brockmire’s mere presence as the public address announcer is a circus act. The team runs a Free Cold Medicine Day promotion and a Fifty Cent Beer Night. Similar to the Charlestown Chiefs, the Frackers also brawl their way back into popularity as the town begins to notice that something a little extra special is going on. 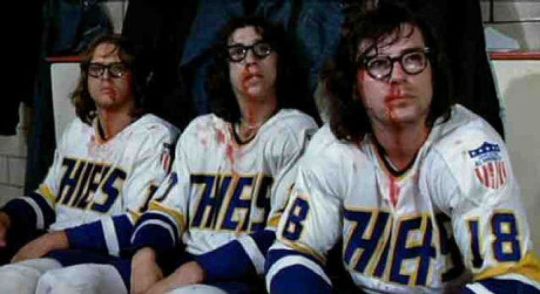 Like Morristown, baseball needs Brockmire. The game can take itself too seriously at times and needs to laugh at its flaws and idiosyncrasies. Baseball has begun to experience a growing internal conversation regarding its culture. A sport where retaliation is frequently dealt with by a 98 MPH fastball in the ribs, baseball’s long aversion to displaying more personality is at a crossroad.

The most recent World Baseball Classic witnessed a melting pot of styles that included epic bat flips, no-look tags, and an expression of passion that is not regularly seen on a Major League diamond. Bryce Harper, one of the game’s true superstars, waged a campaign in 2016 to Make Baseball Fun Again. The unwritten rules of baseball have placed the game’s culture in a corner and a new generation of players is trying to find a way to define itself. Baseball is fun, but sometimes it forgets that over the course of 162 games.

Led by a “charismatic open wound,” what better way to remember that the game is supposed to be fun than a comedy series with a press box and dugout full of oddballs?

5 thoughts on “The New Slapshot: Brockmire Is The Baseball TV Series Fans Need”