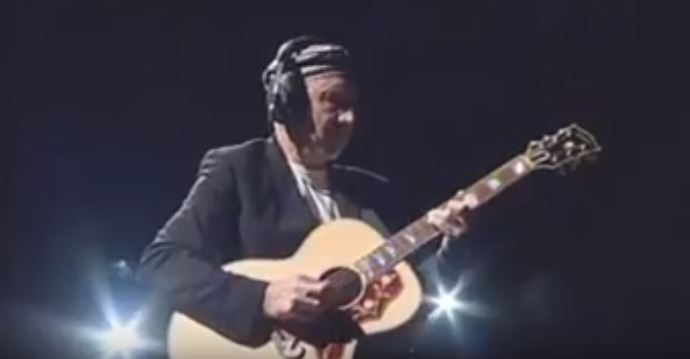 With social distancing putting a hold on live events, I am talking a walk down memory lane to reflect on the 10 most memorable concerts I have seen. This is not a list of the ten best shows, but rather the ones that have left the most indelible memories.

The first concert I ever saw was in a state of oblivion. I had no idea what I was witnessing or the doors that the experience would bust wide open. I don’t think it’s possible to have a more earth-shattering rock ‘n roll baptism than The Who and The Pretenders.

On November, 25 2006 I was a college junior who was just starting to be interested in music. I was two years removed from the first album that really sunk a hook into my brain. The track “All Because Of You” on U2’s How To Dismantle An Atomic Bomb is the rare song from the perpetually existentialist band that really rips.

It was not until this 2006 concert that I realized the vibe I was chasing was really the sound of The Who. I still love U2, but the scream and guitar solo in the track are an outlier in their vaunted discography. Given that I had minimal exposure to The Who at the time, I really had no idea what I was going to see when I walked through the doors of the then-Wachovia Center with my cousins.

There was no concept of who the opener was. While now I would be thrilled to see them as an opener, The Pretenders were just a name to me. I thought they were “just okay,” but in hindsight I was so unfamiliar with them that I had no right to pass judgment.

It was far from the only misconception I would having that night. When The Who hit the stage, I thought these old guys were trying to act young with their windmills and microphone-swinging. I had to be the only one in the arena who had no concept of their place in music history 39 years after their appearance on The Smothers Brothers.

The Who’s 2006 tour was promoting Endless Wire, the band’s first album since 1982 and their first record without bassist John Entwistle. Roger Daltrey, Pete Townshend, and Co. were incredible. My first real exposure to rock was a masterclass.

10 of the set’s 25 songs were from Endless Wire. The new tracks were strategically mixed in with the old hits to keep the show fresh. Classics like “Eminence Front” and “The Seeker” were awesome, but the staples of The Who were the moments that transported me.

Three tracks from Who’s Next, “Baba O’Reilly,” “Won’t Get Fooled Again,” and “Behind Blue Eyes” were enough to convert me from a passive listener to a diehard fan. Not just of The Who, but of music. I had heard The Who’s mega-hits before, but seeing them in person was like being hit with a sonic freight train. I was entranced by every note, scream, and chord in ways that I can still feel. Songs written decades ago were effecting me as if they were fresh out of the studio.

There are few experiences that are true watershed moments in our lives. Yes, there are great games, shows, or movies we all attend. Not many stoke a lifelong passion. The naïf I was before I entered the Wachovia Center was not the same person I was on the way out. Lyrics from Tommy track “See Me, Feel Me” best the genesis of my music experience:

Source, Setlist.FMSetlist.FM: The Who at the Wachovia Center, Philadelphia, 11/25/2006

Welcome to Long After Dark, a Philadelphia-based blog dedicated to movie binges and indie music. You can follow along on social media or by subscribing through e-mail.