Watching true crime stories is an intense viewing experience. The violence of the acts is enough to provoke nausea, frustration, and grief. Here are Netflix true crime documentaries that make you wonder WTF?

Interview With A Serial Killer

As much as a horror film can make you afraid of sordid murders, nothing is as emotionally paralyzing as the real thing. The Netflix true crime documentary Interview With A Serial Killer is terrifying. The film focuses on Arthur Shawcross, a man convicted of murdering 11 women in the Rochester, NY area.

Arthur Shawcross is also known as The Genesee River Killer. On the surface, he was a typical upstate New York man. The married army vet worked night shifts at a Rochester cheese factory and fished in his spare time. His darker side included a mistress, multiple affairs, and a string of murders from 1988 to 1989. Shawcross served a 250-year prison sentence for those crimes and died in 2008.

Interview With A Serial Killer delves into those crimes with Shawcross, investigators, individuals associated with different cases, and his daughter. Watching the discussions with Shawcross makes for magnetic viewing. He speaks candidly about most of the murders (he curiously refuses to speak about crimes involving children). His lack of remorse is jaw-dropping and disturbing.

The documentary also reveals interesting procedural information that allowed Shawcross to slip though law enforcement’s investigation. Local police were loose-lipped about their tactics and tipped the serial killer. This allowed him to stay steps ahead of the Rochester cops and develop his reputation as the Genesee River Killer.

This frightening Netflix true crime documentary is increasingly relevant due to the resurgence of far right groups. NSU-Complex covers a string of hate crimes related to German terrorists. The documentary about Neo-Nazis shows how people become enmeshed in hate-filled ideology. Hearing an interviewee say “right-wing scene” as if it was a punk rock phase is jarring. To many, it actually was that kind of moment in their lives.

Many of the former Neo-Nazis interviewed in NSU-Complex indicate that their interests started with music and social gatherings. Right-wing CDs, concerts, and record stores were hubs for meetings. Their right-wing scene was not polite discourse on tax policy. Concert footage shows a crowd chanting “award Adolf Hitler the Nobel Prize.”

NSU-Complex focuses on German extremists who conducted crimes against immigrants and minorities around the turn of the Millennium. All interviews are in German with English subtitles. The documentary itself is narrated in English. Discussions with former Neo-Nazis, German KKK members, and investigators enhance the film.

One interviewee remarks how “in the right wing scene, time is always running out.” The quote underlines the sense of desperation for the Neo-Nazi’s racially motivated crimes and rhetoric. Investigators detail their extensive effort to combat murders and bank robberies. They even mention a weird Whitey Bulger-style reciprocal relationship between authorities and informants.

This film masquerades as a true crime documentary, but Long Shot is about a miracle enabled by crazy circumstances. Juan Catalan was charged for the murder of Martha Puebla in 2003. Catalan professed his innocence, claiming he attended a Los Angeles Dodgers game that night.

Catalan’s alibi was a possibility that was tough to confirm. His case also fell on the desk of an overzealous prosecutor who was not eager to verify his story. He was unable to prove that he was in Dodger Stadium at the time of the murder. 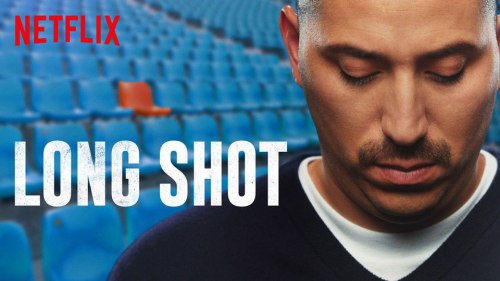 By good fortune, Curb Your Enthusiasm filmed an episode at Dodger Stadium that night and caught a glimpse of Catalan. The Netflix film interviews members of the Curb Your Enthusiasm production staff and Larry David. The crisp 45-minute documentary about baseball, murder, and the ultimate slim chance is incredible.

This Netflix true crime documentary is bizarre, crazy, and sad. The four-part series centers around a string of Erie, PA murders in 2003. The most notable crime is the Pizza Bomber case that attracted national headlines. The victim, Brian Wells, walked out of a PNC Bank with $8,000 and a bomb strapped to his chest. 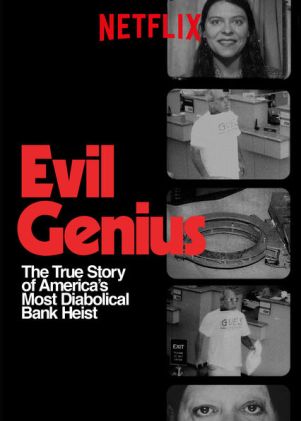 Evil Genius explores Wells’ association with Marjorie Armstrong-Diehl. The documentary links Armstrong-Diehl to the premature deaths of five men dating back to 1984. Her manipulative skills and demeanor were so horrible that Armstrong-Diehl’s attorney called her “my punishment on earth.” The documentary shows interviews with her and other associates involved with the Pizza Bomber.

The docu-series has an odd narrative structure that involves Trey Borzilleri, a producer who developed a relationship with Marjorie Armstrong-Diehl. It also shows the death of Brian Wells in a distasteful manner. Evil Genius played the whole video to go for an edgy effect. Cutting away from the explosion is far more appropriate and respectful to Wells.

This Netflix true crime documentary prompts questions about government conspiracy. The series centers around the death of Frank Olson, who was a scientist for the CIA before he passed away in 1953. He allegedly died after jumping from a New York City window. His son, Eric Olson, discusses the myriad of controversy surrounding his death in Wormwood.

There are hints that Frank Olson was a victim of a government assassination involving LSD. The matter was controversial enough to involve a congressional hearing and Gerald Ford. The series invokes interesting commentary from Seymour Hersh. 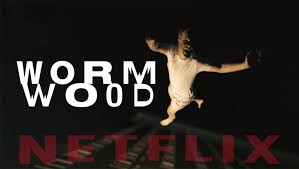 Wormwood’s three-episode run time is too long. It would be more effective with an hourlong time frame that focused more on facts than re-enacted conjecture. Despite this excess, the Netflix true crime documentary is intriguing. Errol Morris directed the series, which includes performances from Molly Parker and Peter Sarsgaard.

The hour-plus film features incredible the subject matter. Countdown To Death: Pablo Escobar details the final years of the Colombian drug kingpin’s life. Even though it is underproduced, the Netflix true crime documentary contains good content. 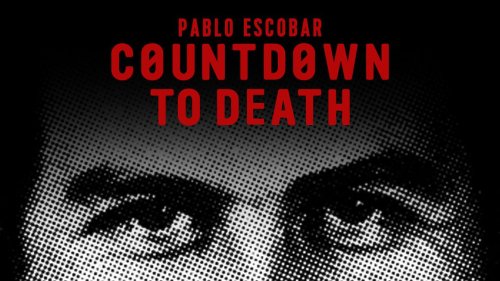 The documentary sheds light on the immense wealth of Pablo Escobar. His fortune built airstrips, soccer fields, a mansion, and a zoo. Even a luxurious prison that he would spend time in. Escobar also had a Robin Hood-style relationship as a benefactor to the poor of Colombia.

These massive riches came with a controversial edge. He financed brutal terrorism that even reached the United States (Escobar arranged for the assassination of Barry Seal, the subject of American Made).

Escobar’s terrorism included bombings that leveled a building and the raid on the Palace of Justice. News footage augments the vicious reality of the situation.  The documentary footage becomes especially gripping as Countdown To Death reveals Escobar’s final days and the phone call that led to his death.

The Keepers is the best true crime documentary on Netflix. The series respects a sensitive subject matter, provides a captivating narrative structure, and documents a complex crime well.  It is also devastating. The story of the murder of Sister Cathy Cesnik entails a brutal murder and cover-up that involves the Catholic Church, local police, and government officials.

A teacher at Archbishop Keough High School in Maryland, Sister Cesnik was murdered in November 1969. During her tenure, she became aware of the sexual abuse of Catholic schoolgirls by area priests. As the documentary progresses, the level of criminal activity committed by the Baltimore Archdiocese goes beyond her murder. The further involvement of local government becomes disturbing and unfathomable.

The Keepers manages to be somewhat uplifting because of the courage of Jean Wehner and Teresa Lancaster. The two women overcome tough obstacles to investigate the crime through local tips. Watching their strength in the face of immense political and legal pressure inspires. Using their work as amateur sleuths, the true crime documentary digs through the twisted Bermuda Triangle of information and presents stunning findings.