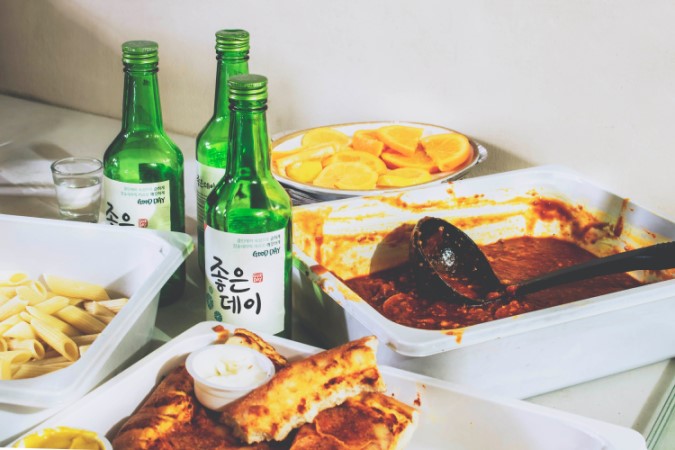 As is often the case with the Music Monday series, I don’t always get the chance to spotlight the shear amount of great indie music out there. The monthly leftovers column for March shares some amazing discoveries, plus a little on the shallow Jezebel take on a classic record that went viral.

A lot has already been written on Jezebel’s viral takedown of Alanis Morrisette’s Jagged Little Pill. I tried to avoid the post, but after something is trending for a couple of days it is hard not to succumb to click bait. I’ll admit that I initially did not finish the piece. Using “we buy vinyl” as justification for listening credibility was enough for me.

I re-listened to the LP that day. I also went back and re-read the article and still reacted the same way. It was a shallow piece on an album that actually has aged well. Ultimately, what bothers me about the negativity towards Jagged Little Pill is not that the album lost meaning to the reviewer. It would not be the first time that the impact of art has lessened after two-plus decades. It was how much she seemed to miss the point of the record she ripped after saying that it had meant a lot to her.

In the piece Tracy Clark-Flory critiqued the songwriting, saying “These are not profound lyrics. They are not timeless.” She goes on to say that Morisette’s words spoke to her at the time, which should indicate to anyone that the lyrics were effective.

Jagged Little Pill is a release of emotion and teenage angst that just felt good at the time. It still taps into those same feelings in 2019 because Morrisette created a record that expresses relateable anger so well.

If rock and roll was limited to poetry, we would be cursed with only being able to listen to Leonard Cohen and Bob Dylan. Brilliant lyricists who did not exactly break down sonic barriers. If you get down to the guts of a lot of classic tracks you will find many questions. The Beatles’ “Hey Jude” stops being a song at the 3:10 mark and the remaining four minutes are a catchy jam and the line “Nah nah nah nah nah nah, nah nah nah, hey Jude.”

Not the most profound stuff. Paul McCartney can’t escape an arena without playing it.

I feel bad for Tracy Clark-Flory. I am sure she did not think her mild take on nostalgia for Jezebel would would stoke the wrath of hundreds of thousands of passionate fans. I also don’t feel poorly for a bad piece on a beloved record. The best response to the Alanis Morrisette post came from World Cafe host Talia Schlanger:

In his biography Mo’ Meta Blues, Roots drummer Ahmir “Questlove” Thompson detailed life as the son of singer Lee Andrews. He was not the only Thompson sibling to inherit musical DNA.

Questlove’s sister, Donn T paired with Philly’s Chill Moody for the album Ethel Bobcat. The album, which is being released on April 5, is the first record for the duo. Donn T and Chill Moody will be performing at Johnny Brenda’s on April 26.

Yeah Yeah Yeahs signer Karen O and superproducer Danger Mouse are an unexpected great match. The LP is a terrific mix of Danger Mouse’s pop sensibilities and the singer’s voice. The genius of the match is especially apparent on the song “Turn The Light,” where a fluid beat turns O’s soft voice into a hit.

Despite that single, Lux Prima is not a pure pop record. The album has a variety of styles, ranging from delicate (“Ministry”) to primal (“Woman”). More than worth a listen, the LP is bookended by the songs “Lux Prima” and “Nox Lumina,” two tracks that combine for fifteen minutes.

While bingeing a couple of Japanese Breakfast concerts on YouTube, one of the comments pointed me in the direction of The Radiation Flowers. The Saskatoon band’s debut album sounds more like Wooden Shjips than the comment indicated, but I liked enough of the Canadian space rock to keep listening.

Their second release, Summer Loop, was a lot closer to what I was looking for. Parts of the record share the same up-tempo chill as Japanese Breakfast. You can just disappear into a few of the songs, but Summer Loop does have its share of headbangers too. The record demonstrates surprising variety for a release that has quality over quantity.