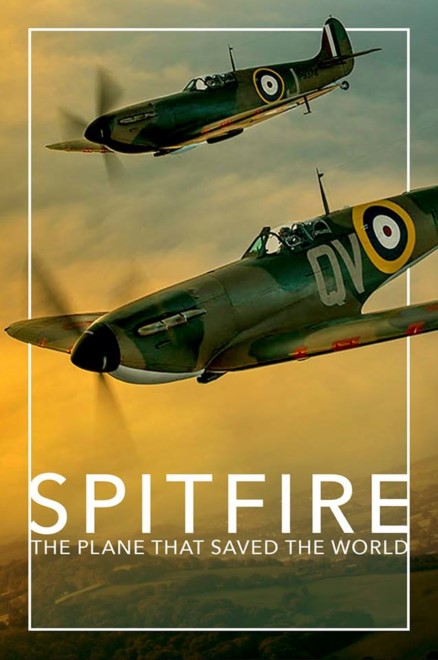 On August 20, 1940 Winston Churchill addressed the House of Commons. The Prime Minister proclaimed to the body “Never was so much owed by so many to so few.”  He was referring to the men and women of the Royal Air Force who flew against Adolf Hitler’s formidable Luftwaffe. The powerful new Spitfire documentary looks at the aircraft and the brave personnel who manned the fighter plane that saved the United Kingdom.

78 years after the Battle of Britain, Spitfire is a potent reminder of the thin line of defense against the Nazis in 1940. Germany had overwhelmed Europe and Great Britain was hanging on by a thread. The threat of invasion hung over the United Kingdom, but the pilots of the Royal Air Force deterred Nazi Germany after intense combat.

A fighter plane that many Royal Air Force pilots utilized during that time period was the Spitfire aircraft. One of the pilots in Spitfire admitted that the aircraft was just an “instrument of war,” but it has since taken on iconic status. The documentary hails it as the “most revered aircraft of all-time.”

The Spitfire legend led an active duty RAF pilot to declare that a plane that is still in service with the RAF today ranks with the Apollo 11 command module in historical significance.

The beauty of the now-legendary Spitfire is presented early in the documentary. The film begins with breathtaking aerial photography as the camera follows a contemporary Spitfire through the sky (many restored planes have become a must-have for enthusiasts).

It is hard to not marvel at the brilliant footage of the plane flying through rural England and over the English Channel, but it does not take long for the beauty of the aircraft to be replaced by the reality of its history. The aerial photography is interspersed with interviews and newsreel footage that serve as a reminder of why the plane is so revered.

Spitfire is inclusive of the totality of the RAF’s efforts in World War II. Designer R.J. Mitchell is credited with his role in the plane’s success. Women in the air transport auxiliary are highlighted. The efforts of international pilots are also reviewed in the film.

The documentary goes beyond the Battle of Britain when it details the battle for Malta. The film interviewed the last surviving RAF ace from the campaign. Even his journey to the island was harrowing. He had been lost without a map over the Mediterranean Sea.

These memories of the events of 1939-1945 are more precious in 2018. One of the participants in the documentary acknowledges that within the next five years that none of the pilots who fought in World War II will be alive. It is especially jarring because he is one of those RAF heroes.

The documentary saves its most emotional moment for the end. The film shows auxiliary pilot Mary Ellis Wilkins being reunited with a Spitfire aircraft that she flew in 1944. She signed the interior of the Spitfire (which is still in flying condition) in 1944. In the film Wilkins autographs the plane again for its current owner.

Mary Ellis Wilkins passed away on July 25, 2018, within a week after Spitfire was released in theaters. Another RAF pilot interviewed in the documentary, Geofrey Wellum, also died in July.

One of the guests of the documentary said that “you can’t fly a Spitfire and forget about it. It stays with you forever.”

The quote and Spitfire are a reminder of the passage of time. Even if most of the pilots who saved England in World War Two are no longer with us, the interviews document the struggle. The restored Spitfires flying over the United Kingdom are a living time capsule.

The Spitfire documentary was released on July 17, 2018. It is narrated by actor Charles Dance. The film was co-directed by David Fairhead and Anthony Palmer. Spitfire is only available in the United States on Amazon Prime. It is set for DVD release on September 10.